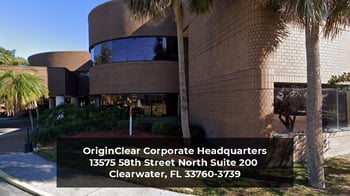 RIGGS ECKELBERRY
CEO
Chairman of the Board 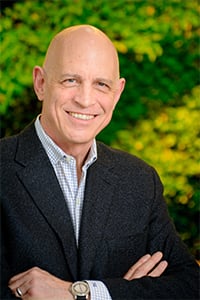 Riggs Eckelberry is the founding CEO of the innovative water technology company, OriginClear. Riggs is the visionary designer of a three-part model for water industry disruption, which starts with innovative technology and engineering, expanding out to total outsourcing for business clients, and now creating ClearAqua™, the Water Coin For The World™, a crypto network that can empower people everywhere to help with water problems.

Andrea d’Agostini has a lengthy track record as a company builder and chief marketer. He joined OriginClear in January 2022 as President and Chief Strategic Officer or CSO, responsible for developing, communicating and executing the company's strategies to enhance strategic initiatives, future goals and financial growth.

As its Chief Marketing Officer for more than seven years, Mr. d’Agostini helped develop American Power And Gas into a $300 million+, 200-employee multinational company dedicated to switching customers from fossil fuels to renewables.  Andrea has also managed marketing and public relations campaigns for brands like Sephora, Lacoste, Pandora, Sperry and many others.

Andrea is Co-Founder and Chairman at SalesJet.io, an innovative tech startup in the marketing and automation space and also serves on the board of a private community of 20,000 crypto investors dedicated to supporting the launch of investment-oriented coins. He sits on the boards of Monarchy Media — a boutique strategic marketing firm, CoinShare LTD, a blockchain technology firm, and Viva Concepts, a customer retention marketing firm for dental practices.

Andrea considers that entrepreneurs are artists as they are able to create “something” from “nothing”, and do it every day. For this reason, since 2015 he has been delivering over 200 seminars per year to support entrepreneurship and help entrepreneurs achieve better results through marketing, technology and creativity. To date he has delivered over 1,200 seminars all over the world, with over 100,000 entrepreneurs attending.

Andrea d’Agostini has a Bachelor of Science (BS) degree from Università degli Studi di Torino. He is based in Los Angeles, California, and Clearwater, Florida. His passions are technology, music, travel and cooking.

"Make Water Great Again." Tom Marchesello joined OriginClear after a successful transformation of the early Modular Water Systems group into a streamlined operational model with manufacturing of a branded modular water treatment product lineup.  Tom has been a leading voice for innovative companies with strong ESG (Environmental, Social & Governance) based business.  OriginClear and the Modular Water Treatment business is a triple bottom line win for our company, our clients, and the community while helping investors actually measure the sustainability and ethical impact of an investment in a company that is doing good while driving innovation from current operations and being positive about future financial value and performance.

On 13 June 2019, OriginClear named Tom Marchesello Chief Operating Officer. Leading up to this, the Company streamlined its functional organization at a strategic meeting, held at the headquarters of Progressive Water Treatment (see photos and video)

Prasad started his career with PwC India, where he was part of the financial statements’ assurance teams for various multi-national companies. In 2004 he moved to the United States where he has worked for top regional and national public accounting and consulting firms. He also led external audit engagements for large public companies like Steve Madden, The United Retail Group, Double-Take Software to name a few.

Prasad is based near the company’s headquarters in Clearwater, Florida. 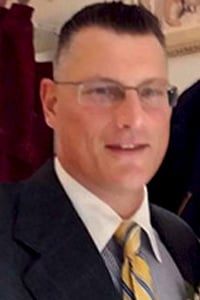 Mr. Berenger has over twenty-five years of banking, investment, consulting, sales force training, and corporate finance experience. His experience ranges from public markets, private debt and equity, to consumer debt counseling and resolution as well as real estate financing and working extensively with distressed homeowners and legal professionals to assist in the recent foreclosure crisis.

Early in his career he spent six years in the securities industry as a licensed (series 7, 63 & 24) representative of both a NYSE and an NASD (now FINRA) New York based firm. These firms primarily focused on bringing public small and microcap companies.

Over the last decade, Mr. Berenger has held corporate officer positions for public companies in both investor relations and business development where he utilized his experience in both capital markets and sales force training to successfully aid companies in raising sufficient capital to acquire FDA approved technologies as well as patents that created opportunities for one of these companies in the billion dollar Traumatic Brain Injury Treatment market.

In January of 2022, Ken Berenger was recognized as co-creator of the breakthrough water asset investment program, Water On Demand™, and received a promotion to Executive Vice President, OriginClear.

Ken is a married father of three.

Mr. Stevens founded  Progressive Water Treatment (PWT) of McKinney, Texas in 2000.  Over the last eighteen years Marc has built a solid, profitable company with an outstanding customer reputation. On 1 October 2015, OriginClear closed on the acquisition of PWT, making it the first member of the newly-formed OriginClear Group.

Marc started in the water industry in the 80s as an assembler and shop helper, ultimately responsible for mechanical design, equipment fabrication, installation, startup and various service projects. He graduated to production and facility maintenance, and team management, before launching PWT.

Marc is a graduate of DHP’s Water Treatment Certification Program (WTCP), the only high purity water treatment certification program in the industry.

SRTP manufacturing is truly a “game changer” relative to traditional custom engineered and field constructed systems built with concrete and steel. STRP materials substantially reduce initial capital product costs, but more importantly, offer system life cycles that are between 300% and 400% longer than conventional concrete and steel—-which offers the End User/Owner a substantial savings in Operations and Maintenance cost. MWS’s designs and manufacturing techniques are ideal for the decentralized and infrastructure requirements needed in today’s water and wastewater markets.

Dan has worked as either a professional Consulting Engineer or an Engineered Products Development Specialist throughout his career with the majority of his professional focus related to the water and environmental industry. He possesses a very strong understanding of the complex and interconnected disciplines, economies, and governmental regulation needed to develop and sustain modern civil infrastructure systems that reflect a balance of environmental stewardship, social expectations, and cultural requirements.

Since 2010, Dan has specialized in the research, development, and deployment of next generation water infrastructure technologies using heavy plastic manufacturing. His initiatives and innovations led to the granting of six patents issued in his name for various inventions related to these infrastructure products. His vision represents the basis of Modular Water’ product line.

Dan holds a Bachelor of Science in Civil Engineering from Virginian Polytechnic Institute & State University (Virginia Tech). He is also licensed as a Professional Engineer in Virginia, North Carolina, West Virginia, Montana, Pennsylvania, Maryland, New Mexico and North Dakota. When not working for MWS, he spends his time with his wife, Tracy, and their two sons, Harrison and Ashton living in the picturesque mountains of Southwest Virginia.