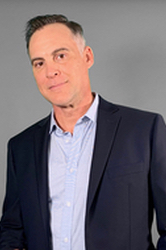 Tom Marchesello joined OriginClear after a successful transformation of the early Modular Water Systems group into a streamlined operational model with manufacturing of a branded modular water treatment product lineup.  Tom has been a leading voice for innovative companies with strong ESG (Environmental, Social & Governance) based business.  OriginClear and the Modular Water Treatment business is a triple bottom line win for our company, our clients, and the community while helping investors actually measure the sustainability and ethical impact of an investment in a company that is doing good while driving innovation from current operations and being positive about future financial value and performance.

On 13 June 2019, OriginClear named Tom Marchesello Chief Operating Officer. Leading up to this, the Company streamlined its functional organization at a strategic meeting, held at the headquarters of Progressive Water Treatment (see photos and videos)