The Permian's Desperate Need for Water

That was the report on AP yesterday.

My friend Alex Lightman commented: "Iran just found 50 billion barrels of proven reserves just 260 feet deep. At $50 a barrel this is worth $2.5 trillion, almost the equivalent to a year’s output for the California economy. And all from Khuzestan, the western Arab province that the west stole from Iraq and gave to Iran." 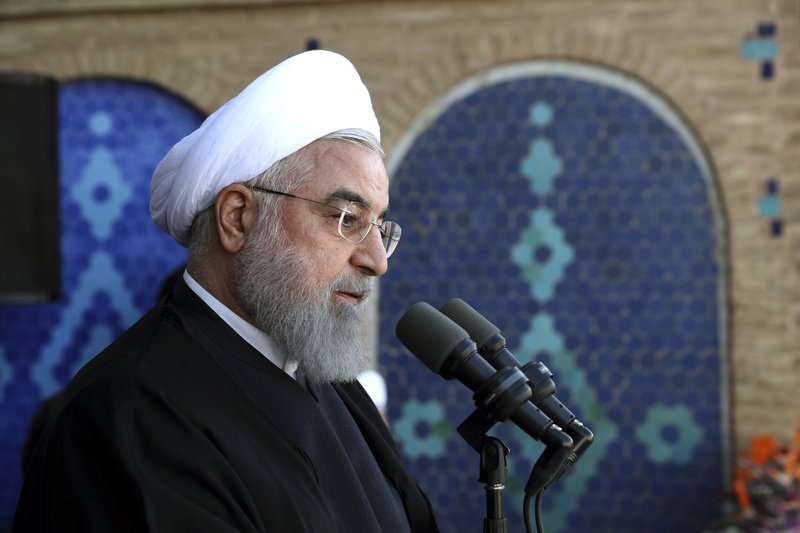 Source: Office of the Iranian Presidency via AP

Alex has figured out the geopolitical angle nicely. Meanwhile, we have our own story from the Permian Basin. It's about... the water.

My friend Dennis (not his real name, and you'll see why in a sec) called me last week. We've known each other for a long time. He sold a deal for $300 million, and now wants to work with us on his Next Big Thing.

One of the key fracking ingredients is sand. Apparently, there are now 30 fracturing sand mines in the Permian, and "in-basin sand production by one count has reached more than 60 million tons/year." One provider's Permian capacity "is expected to triple in 2019." source

One small problem: there's a water shortage in the basin, and so it's critical to wash the sand and also the wash-water so they can both be reused.

"Dennis" knows that our technology, Electro Water Separation, is very efficient at removing the suspended solids from oil and gas frack and produced water, without clogging up, the way membranes and filters will. This is a major advantage.

So, we are in talks to get him up and running quickly to get a sand-washing facility going that also reuses the water.

Obviously, we can't promise anything (and that's why I can't even give my friend's real name), but I'm hoping we can get a deal done before our own Bill Charneski gets on a plane this weekend to go visit our licensees in Spain and Romania.

That's the pig manure water treatment story; exciting in its own right! I will cover both the Permian and European developments in my CEO Briefing this week...

So join me Thursday at 5pm Pacific/8pm Eastern on the weekly CEO Briefing! Limit of 100, so do sign up now.