The highly-reactive hydroxyl radical delivers more than twice the oxidation, or cleansing power, of chlorine, without the toxic byproducts. Based on laboratory testing, OriginClear engineers estimate that the new AOxPlus can produce 10,000 times more hydroxyl radicals than the original AOx technology, delivering superior contaminant breakdown on the same footprint. 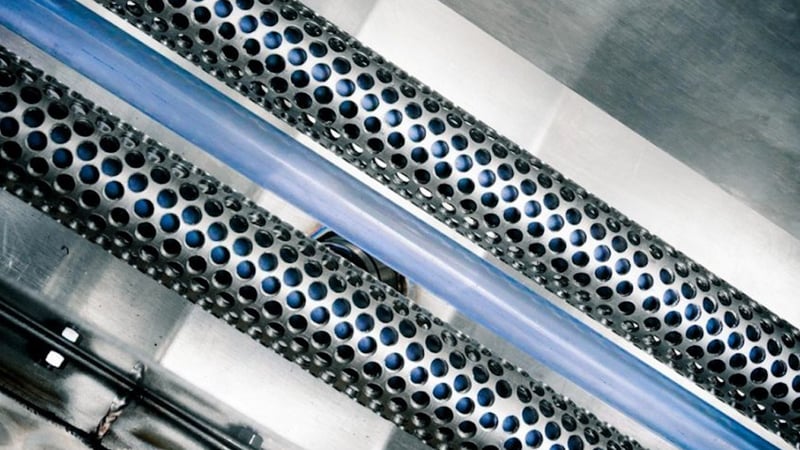 To generate these new levels of hydroxyl, the OriginClear research team used a special air-breathing membrane in a new reactor, disintegrating hard-to-remove contaminants. AOxPlus does not require chemical injection, or clear water (as with Ultra-Violet or UV), and is cost-effective when compared with, for example, diamond electrodes. It can offer a more efficient treatment solution to sectors that produce highly-contaminated wastewater, such as the pharmaceutical and food industries.

In April, the national engineering firm Carollo Engineers conducted a review of the AOx module, and submitted a report, with a summary now available. The study quantified the AOx module’s ability to generate chlorine-based oxidants efficiently.

It also confirmed that AOx technology produces hydroxyl radicals that can treat highly contaminated waters such as landfill leachate or industrial effluents. AOxPlus further builds on this established capability.

“With this new module, AOxPlus, we can increase oxidation power without relying on the addition of strong chemicals or other additives”, said Jean-Louis “JL” Kindler, president of OriginClear Technologies. “This new technology is practical for use in industrial environments, and cost-effective to implement.”

OriginClear’s Technologies team is currently manufacturing pre-commercial AOxPlus units in the Advanced Prototyping Center at the La Kretz Innovation Campus in Los Angeles. A first unit has been shipped to OriginClear’s wholly-owned subsidiary in China for scheduled demonstrations in Asia. A second unit is intended for Florida Atlantic University (FAU), with which OriginClear partnered in April 2017 to study OriginClear’s technologies in landfill “black water” or leachate treatment.

Dr. Dan Meeroff, associate chair and professor at FAU’s Department of Civil, Environmental & Geomatics Engineering, said, “In our current project with OriginClear, we have already measured good performance of the AOx module for ammonia and COD removal in landfill leachate. We are considering using a Fenton process to remove the remaining harder COD in that water and are looking forward to receiving the AOxPlus prototype from OriginClear and using it as the final polishing stage.”

OriginClear filed a provisional patent with the United States Patent and Trademark Office (USPTO) on August 7th, 2018 to protect the Intellectual Property related to the manufacturing methods and the process for using AOxPlus.

OriginClear’s core technology is Electro Water Separation™ (EWS), which efficiently clarifies water by removing visible solids and oils. In 2016, the company developed and proved its proprietary Advanced oxidation process, AOx™, to address dissolved contaminants. EWS and AOx can be used separately or in synergy.