University laboratory tests have shown that EWS, combined with Advanced Oxidation (EWS:AOx™), can now also address dissolved contaminants, which are otherwise difficult to remove without chemicals such as chlorine.

“EWS already generates 370mg per second of gas, which is more than twice the amount needed for the removal by electro-flotation of a 2000 mg/l solids contents wastewater. Now, we have confirmed that EWS with Advanced Oxidation also produced more than 330 g/m3 of mixed ROS species, such as hydrogen peroxide, for a similar average energy consumption of 1 kWh per m3 of treated water.”
Dr. Luis Edgar Cabrales Arriaga, assistant professor at the Department of Physics and Engineering at CSU Bakersfield.Extremely dirty, oily waters, such as landfill runoff and agricultural effluents, require our industrial water treatment process, Electro Water Separation™ (EWS).

In these applications, AOx can be combined with EWS, for final sanitation, further reduction of miscible contaminants, and microtoxin reduction.

AOx technology is an evolution of known Advanced Oxidation processes.

The AOx reactor module is specifically designed to focus on the generation of Reactive Oxygen Species (ROS) such as ozone, hydrogen peroxide and hydroxyls.

Early laboratory studies carried out by the Company in partnership with California State University at Bakersfield (CSU Bakersfield) indicated the effectiveness of EWS:AOx, as measured by Reactive Oxygen Species (ROS) generation.

ROS are the strongest oxidants that can be used in water and can degrade virtually any contaminant. Their confirmed presence indicates the degree to which the system is able to remove organics from water without chlorine-generated Disinfection By-Products (DPB), which are considered harmful in a wastewater treatment system.

The AOx reactor takes water that is largely clear of suspended solids and oils. In the EWS stage, this water has begun to acquire disinfecting and decontaminating oxidants, known as Reactive Oxygen Species or ROS.

In the AOx reactor, reaction with the anode surface inside the reactor causes on-site generation of an additional large amount of ROS. Targeted cathode material selection triggers other complementary reactions occurring at the cathode surface, addressing contaminants that cannot be oxidized.

“For example, in China, we have been asked to clean up the ‘black water’ contaminants coming out of landfills, which can be so thick that they can clog up any filter. We have shown that EWS:AOx can do the job, and I’m happy to report that we are now in the commercial negotiation phase after a successful demonstration.”
Jean-Louis Kindler, President,
OriginClear TechnologiesAt this stage, the few remaining fine micron-sized suspended solids as well as the dissolved or miscible contaminants will be oxidized or reduced. The resulting elements after these chemical reactions will either precipitate and sink to the bottom of the AOx tank for removal, or dissipate as offgas that can be scrubbed and treated if needed.

AOx can also generate other compounds including chlorine, to neutralize specific contaminants such as ammonia. 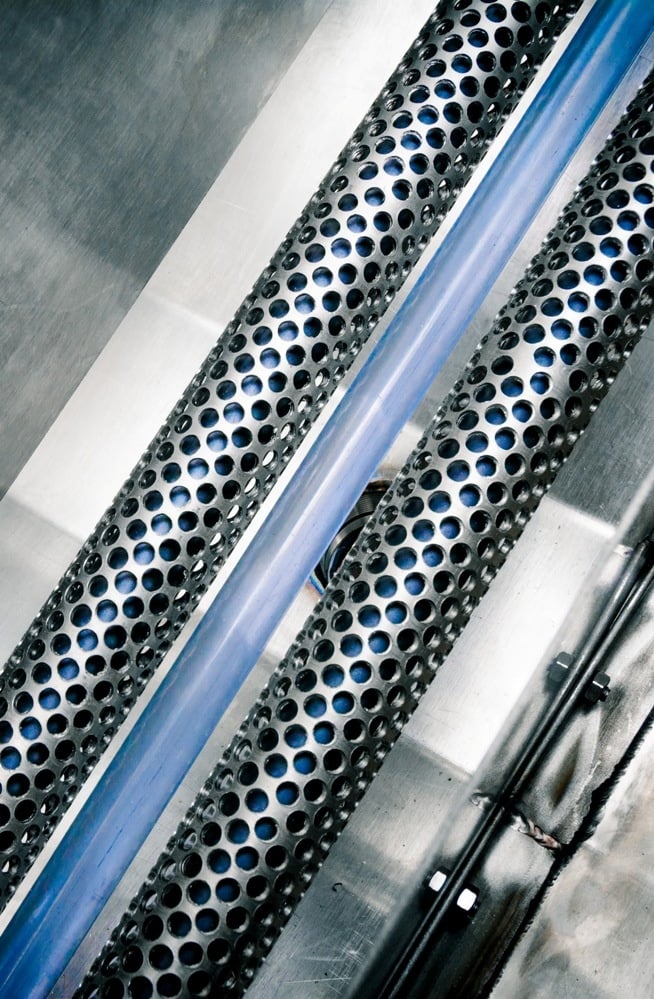 Being solely composed of oxygen and hydrogen, in-situ generated ROS introduce no additional hazardous element in the water. It is a major benefit for operators wanting to avoid HAZMAT logistics issues, not only when having to treat the concentrated waste, but also because there is no need to bring in and inject oxidants such as Hydrogen Peroxide, as is often required in conventional Advanced Oxidation processes.

Even prior to this innovation, EWS, combined with an iSep ultrafiltration membrane, demonstrated up to a 99.9% removal of dispersed oil, 99.5% removal of suspended solids as well as successful treatment of chemical oxygen demand (COD), including specific contaminants such as ammonia, phosphorus and hydrogen sulfide. These results were presented at the International Water Conference in 2015.

In 2016 and 2017, OriginClear filed for patents to protect the new AOx process and system configuration.

In 2018, OriginClear developed AOxPlus™, a new method to produce hydroxyl radicals in large quantities to treat highly-contaminated waste water. We filed a provisional patent to protect this Intellectual Property on August 8th, 2018.

OriginClear (OTC: OCLN) leads the self-reliant water revolution, deploying advanced technologies at the point of use, with modular, prefabricated systems that create durable assets and water independence for industry, commerce and agriculture.