Potable or near-potable water is typically free of particulates and oils.

In such applications, EWS is not needed, and operators can deploy AOx by itself, as a next-generation AOP.

In 2017, OriginClear showed that AOx could be used on a standalone basis to treat potable and near-potable waters for micro-contaminants.

In laboratory research, AOx has been shown to be extremely effective in treating micro-contaminants in potable or near-potable water.

OriginClear is now scaling up to field pilot and demonstration, while testing continues on a series of contaminants and water samples.

The first patent for standalone AOx operation was filed in March, 2016. We filed two subsequent patent filings in the summer of 2017, which further refined the technology for real-world drinking water applications. 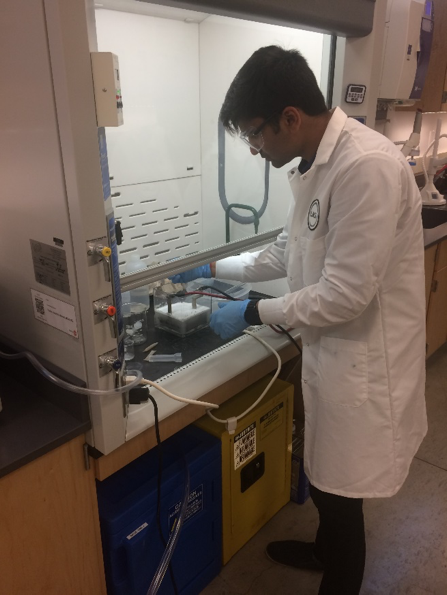 Laboratory scale testing in the summer and fall of 2017 focused on the marker contaminant, glyphosate (the key ingredient in Monsanto’s Roundup, and the world’s most-used herbicide).

These developments make it possible to treat water with very low concentrations of contaminants while eliminating the need for salt injection, making it possible to locate systems in commercial and domestic environments.

The validation process continues and is explained here.

We are interested in research and development partners to continue to explore the exciting potential of next-generation AOx.