We are adding capital nearly every day to our Water On Demand subsidiaries to fund water treatment as a service*.

I expect to announce very soon that we have passed the MILLION DOLLAR mark.

This capital is DEDICATED to Water On Demand. Not only that, it is potentially a growing asset base that we can leverage in many ways, including (eventually) a NASDAQ up-list.

But, what is the progress on putting this capital to work? I will examine this tonight in detail.

The key to scaling anything up is the channel. Because a company can't dominate by itself.

So tonight, we will explore how we will leverage the WATER CHANNEL to get Water On Demand scaled up widely.

In 2004, Elon Musk joined the company and invested $30 million. Are we at a similar stage? 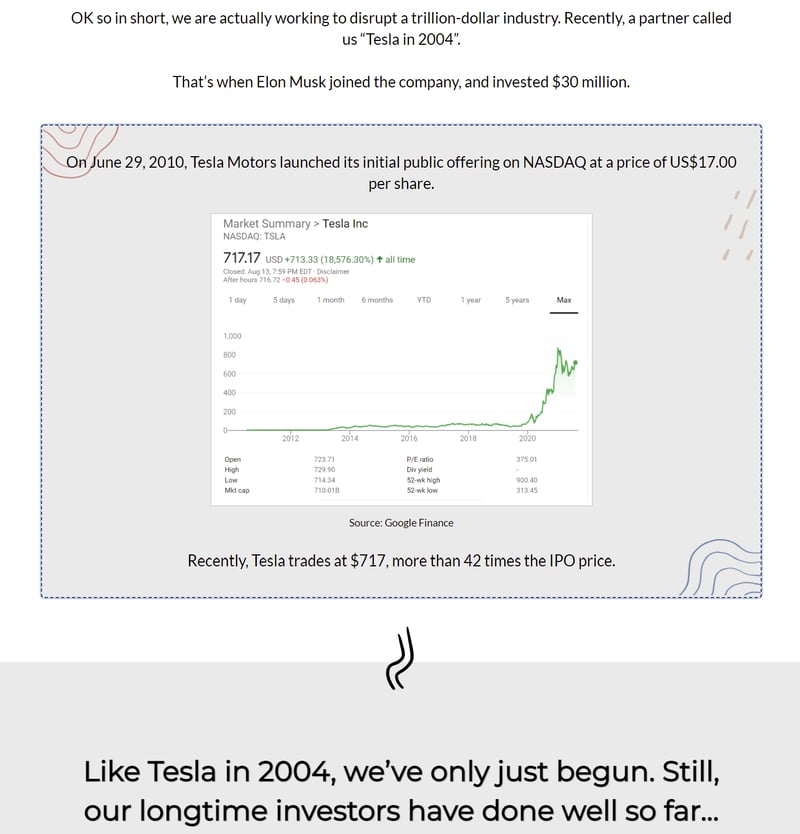 Someone else said it, not me. But if the shoe fits...

The fact is that Water On Demand is being funded. That we have plans to invest not $30 million, but $300 million in capital for pre-funded water projects.

Without claiming that we're Tesla, we're doing pretty well! Let's discuss that on the show.

(And if you can't make it, you will get the replay automatically.)

* Water On Demand is in pilot phase and it may not continue in its present form.