The story behind the announcement can be seen in this map, which appeared in a report issued last year by the U.S. Energy Information Administration (EIA). 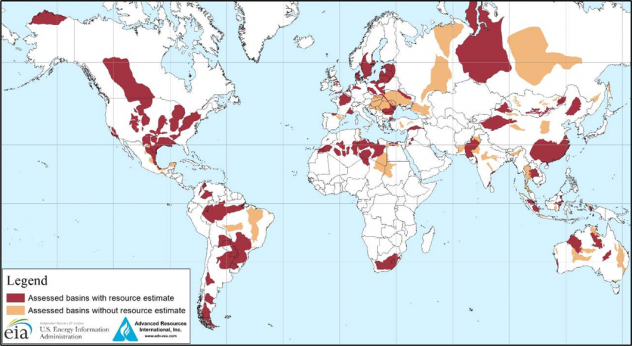 According to this report, countries like China, Russia and Argentina have huge reserves that compete with, and sometimes greatly exceed the USA's.

Now we are busy working with our partners to roll out our field systems in California's Monterey Formation and in Delta, Colorado. Expect to hear hard news in the first weeks and months of 2014.

But we fully expect that our deal-making will expand internationally, as these countries deal with the disruption that fracking can cause.

Top honors in the bioeconomy

The world's most widely read biofuels daily, Biofuels Digest, has a word for the world of sustainable biofuels and biochemicals: "The Bioeconomy".

We were surprised and honored to see that three OriginOil execs are in the top 300:

Thank you — we will do our utmost in 2014 to justify the confidence of the readers and editors of The Digest.