In July of 2015, AlgEternal announced that, based on its field tests, it believes that its pure algae concentrate, harvested with OriginClear technology, may reduce conventional fertilizer cost by up to 40 percent.

AlgEternal reported these findings following field testing at its agricultural facility in Weimar, Texas, where an array of its bioreactors fed raw algae to an OriginClear EWS A25 Algae Harvester.

“Preliminary results from our long-term testing on multiple crops at our site in Weimar, Texas indicate that using pure algae concentrate as a soil conditioner may increase yields and reduce fertilizer costs,” added Morris. “We are working with Texas A&M and other institutions to further validate our findings.”

Best National Universities rankings. NMSU’s Energy Research Laboratory is funded by two grants from the Department of Energy and another from the National Science Foundation through the “Energize New Mexico” EPSCoR Program (http://www.nmepscor.org). 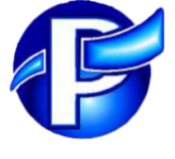 On June 13, 2016, OCHK entered into a Joint Development and Commercialization Agreement with Hong Kong-based water treatment engineering and manufacturing firm Park Rich Environmental Technology Co., Ltd. (Park Rich), based on specific purchase orders from time to time and upon the terms that the parties agree to.

At this show, OriginClear was awarded the prestigious China Blue Tech Award, as organized by BlueTech Research and Mandarin Environment in partnership with Aquatech China.

Back to:
« Technologies Network

Continue to:
Get It Now »