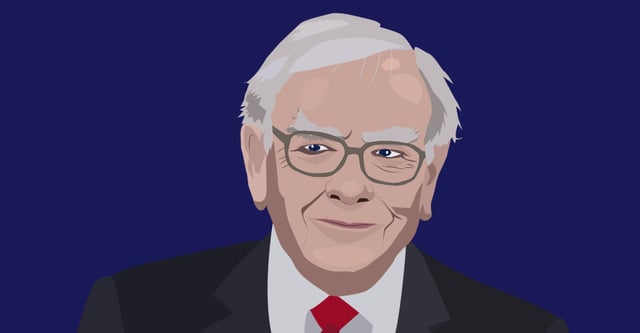 But how exactly did Warren Buffett become one of the richest men alive?

Well, he didn’t inherit a fortune or win the lottery. On the other hand, what he did do isn’t all that complicated — he built a fortune by picking solid investments in long-term trends.

Unlike “short-hopper” investors whose luck comes and goes at the whim of the market, Buffet prefers to stake his money on long-term value investments.

The idea of favoring value over speculation isn’t a new concept, of course. First explained by Benjamin Graham, Buffett uses what’s called a “value investing” strategy. Summed up, he buys stocks from companies valued way below their intrinsic value … and holds them. Eventually, the price goes up to reflect their true value.

Sounds easy, right? The theory is simple, but if you waver in confidence, it can all come crashing down. So here’s what you do:

1. Find a Company Worthy of Investing in, Sit Back, and Hold on For Dear Life

For starters, Buffett never invests in a company unless he believes it has a future for at least the next 10–15 years. In the absence of a magic crystal ball, he does this by scouting for long-term market trends that will affect a large demographic.

A perfect example of this tactic was Buffett’s investment in the Chinese electric car battery manufacturer BYD. In 2008, Buffett’s firm Berkshire Hathaway bought 24.59% of BYD for $232 million.

Flash forward ten years later and those same stocks were worth $1.6 billion — — enormous growth (500%), especially considering that the electric car market is still in its infancy, and projected to keep growing.

2. If it Looks Like it’s Not Working, Get Out

Buffett’s keen sense of value has also allowed him to cash out his earnings the moment he smelled trouble. For example, when Buffett bought mortgage agency Freddie Mac back in 1988, the company was barely valued at $4 per share. When he sold his shares in 2000, they were comfortably valued at $41–64 per share.

Here’s the craziest part: after getting battered during the financial crisis, Freddie Mac’s stocks are now valued again at around $2.50 per share.

We Might Not Have Seen Warren Buffett’s Best Investment Yet

Like other smart investors, Buffett has realized that the future of investment, and indeed the world’s, is tied to sustainability. Our society’s ability to survive and thrive depends on us gaining access to an ever-shrinking pool of resources — fuel, clean air, fresh water, etc.

With experts predicting global water scarcity in the near future — — which could potentially affect billions of people — — any technology that will help solve the imminent global water crisis will be worth a fortune.

That’s why Berkshire Hathaway’s visionary CEO is putting money into innovative water tech companies. Will they prove to be Warren Buffett’s most successful investment to date? Based on his investment strategy and track record as well as the realities of climate change, there’s a good chance the answer is yes.

And if there’s one lesson every investor should take from Buffett’s extraordinary career, it’s that either you go long, or go home.