Americans drink more than a billion glasses of tap water per day. As water scarcity becomes more widespread due to climate change and population growth, one company is hoping to impact the industry. OriginClear (OCLN) is the creator behind Water On Demand, a pay-per-gallon water recycling system that treats water onsite for businesses and housing developments. 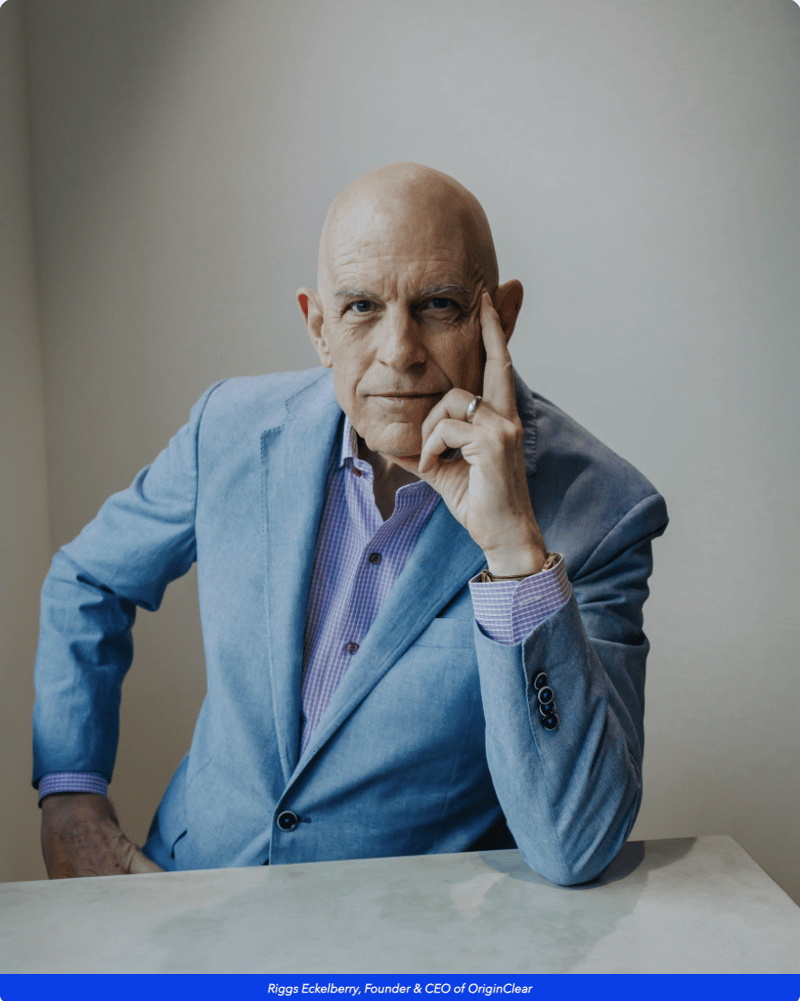 Founder & CEO Riggs Eckelberry is best known for turning around struggling companies after the dot-com crash. Similarly, he helped OriginClear transition from the fuel industry into the water industry. What started as an idea to extract oil from algae to use in commercial fuels became a revolutionary water recycling system when it was discovered that the same technology could extract water from sewage. The company eventually transitioned into a more widely accepted Modular Water System, which allows for a small footprint and modular architecture.