There’s nothing better than a rearview mirror, but since you can’t drive backwards, you’re going to have to develop the ability to evaluate in real time. It means being willing to make mistakes — FAST. 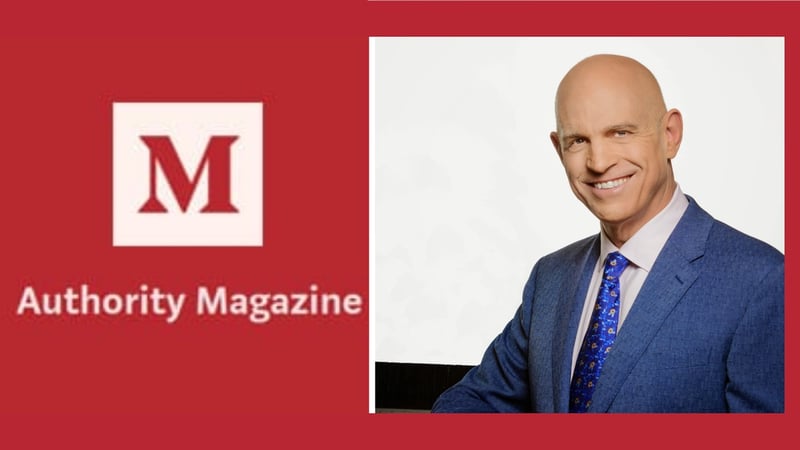 As part of my series about the leadership lessons of accomplished business leaders, I had the pleasure of interviewing Riggs Eckelberry.

Based in Los Angeles with operations in Texas, Virginia and China, OriginClear has developed and licensed an invention that treats industrial and agricultural waste water with very little energy, and no chemicals. And now, industrial users can treat their water right where they use it, using prepackaged “point of use” water treatment systems that have an amazing life cycle of up to 100 years or more.

Thank you so much for joining us Riggs! Can you tell us the story about what brought you to this specific career path?

Igrew up keenly interested in how I could do something concrete for the world. Initially that meant working in the non-profit space but it morphed into a career in technology, which culminated in the dotcom, an era which I truly loved for its disruption. I carried this disruptive attitude into my current career in water.

Can you share one of the major challenges you encountered when first leading the company? What lesson did you learn from that?

The biggest challenge in launching this company was the very rapid demise of the early business model which was focused on algae for biofuels. This sector collapsed when fracking drove the price of oil down below $50 and algae became a “science experiment.” We were able to pivot our technology into the water space, end have had to continuously pivot since then, but at each pivot we did build an additional layer of competency that we now are able to put to work in our final business model, which is to bring about alternate investments in water projects, something that hasn’t been possible until now.

What are some of the factors that you believe led to your eventual success?

I had an early business failure in the 80s , and I now know that it did not have to be a failure — because failure is simply not following through all the way. I’ve since learned that persistence on a given path is the most important thing, but also to recognize when things are flawed and that you have to “break to build.” I also work very hard on personal responsibility and giving my coworkers the most responsibility possible for their own personal growth and also because when you’re doing something great, it is absolutely impossible to do it alone! Finally, I’ve recognized that the ability to figure something out quickly is a good thing, but you also have to gather expertise and experience in a particular field. It’s not enough to brashly go in there and invent what an industry may already know and can teach you before you start to disrupt it.

5 Things I Wish Someone Told Me

What are your “5 Things I Wish Someone Told Me Before I Became CEO”? Please share a story or example for each.

What advice would you give to your colleagues to help them to thrive and not “burn out”?

I believe very strongly in (and LOVE) outdoor pursuits such as sailing and skiing, which are dangerous enough that you can blessedly find yourself thinking of nothing else, and that’s important! Also, working on your family is key. David Ogilvy, the advertising pioneer, famously ordered his executives to not do any work at all on their vacations. I don’t think that’s possible anymore because I find that if I take any time off, I’m left with a huge backlog on my return, but still the point is, you have to take a break! And experience the great outdoors and life with family and friends.

Helped You Get Where You Are

None of us are able to achieve success without some help along the way. Is there a particular person who you are grateful towards who helped get you to where you are? Can you share a story?

As a very young man I went to work for the 20th century philosopher, L. Ron Hubbard. I worked directly with him aboard his flagship in port relations and ship-handling. And I watched him pull a large ship out of an anchorage in heavy winds that seemed quite literally impossible. His was a combination of extreme skill and extraordinary determination, along with a passion for understanding his fellow man. I could only hope to achieve a fraction of what he did in his lifetime!

What are some of the goals you still have and are working to accomplish, both personally and professionally?

I believe that I’m going to be working for this company for several years to come as we build what I think is going to be an investing marketplace that will transform the water industry. Going beyond that, I would love to get involved in a series of startups as a sort of godfather because the lessons I’ve learned are sometimes best passed on through personal apprenticeship. Also, my wife is an amazing teacher and I want to do what I can to support her in her career. I do a tremendous amount of writing professionally, And I think I would like to do that for my own pleasure at some point.

What do you hope to leave as your lasting legacy?

If people may say that I managed to transform a huge and slow moving industry so that health in the world became improved through much better sanitation, then I would consider that to be an amazing legacy.

You are a person of great influence. If you could start a movement that would enhance people’s lives in some way, what would it be? You never know what your idea can trigger!

That’s very interesting. I think that I would like to encode what I know for a TED-type talk , and then perhaps speak more widely on that, perhaps do masterclasses. The combination of skills and principles I have developed is something that I’m starting to learn could be passed on. This would be truly amazing.