A Total Solution for 1/4 the Cost! 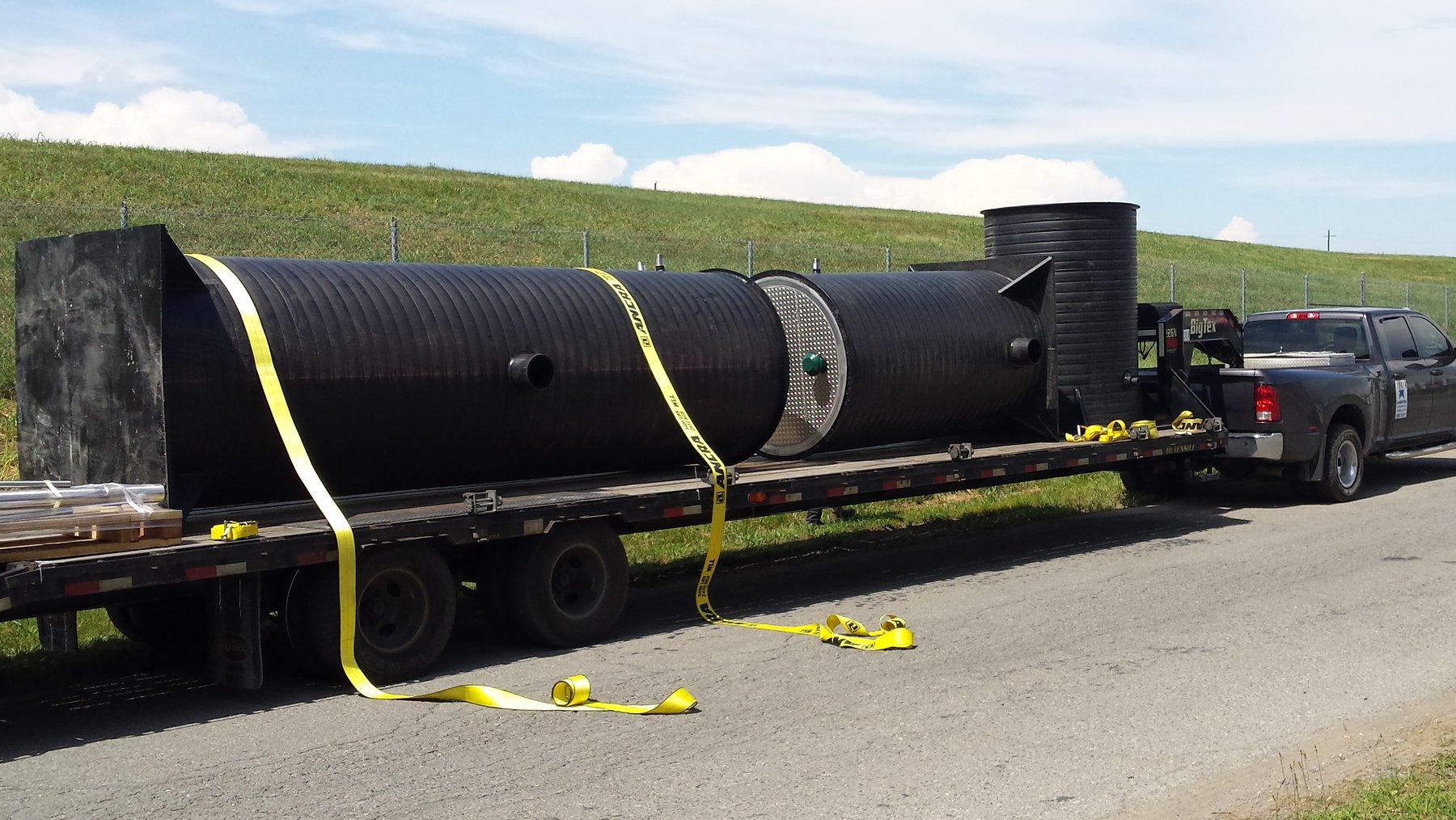 A major insurance company built their East Coast regional headquarters office 25 years ago in a remote rural location with no sewer access. At the time, they built their own large wastewater treatment plant (WWTP) in a separate dedicated building onsite.  Over time, the surrounding community grew and urbanized. Meanwhile their onsite WWTP, which was built with epoxy coated steel had degraded and was also housed in an aging building, both requiring major upgrades. Research into upgrade costs returned estimates of close to a million dollars with multiple vendors and lengthy construction projects.  The local Engineer of Record (EOR) for the project began exploring more economically feasible pumping technology and alternate infrastructure solutions that would easily specify for the project. He contacted OriginClear, and we submitted our system proposal which was chosen as the Basis of Design.

The pretreatment system and pumping system were fully prepackaged for easy-install, Drop 'n Go connection to the recently built local sanitary sewer system in the area, and were on-line and fully operational for under one-fourth the estimated upgrade cost of their existing system and in a fraction of the time.

The system has been fully installed and operating perfectly for several months.

The Engineer of Record selected the Modular Water System™ to supply a complete pump station package including a sewer grinder system in its own heavy plastic basin, duplex submersible sewage pump station with heavy plastic basin, and external valve vault with magnetic flow meter. The certified, integrated PLC (Programmable Logic Controller) system allows the Owner to control both the Grinder Station and Pump Station from a single point of control.

This system is an exceptional demonstration of OriginClear's integration of:

OriginClear’s instant infrastructure is leading the self-reliant water revolution, by deploying advanced technologies at the point of use. Our modular, prefabricated systems create durable assets that increase property value and enable water independence for industry, commerce and agriculture.